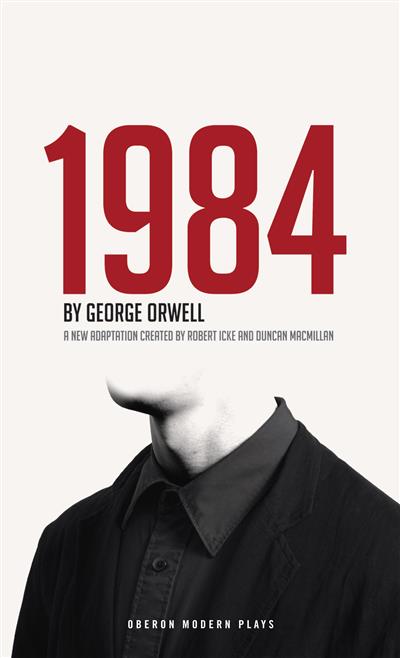 Loading...
April, 1984. Winston Smith, thinks a thought, starts a diary, and falls in love. But Big Brother is watching him, and the door to Room 101 can swing open in the blink of an eye. View more
Save for later

This is a staging that reconsiders a classic with such steely power that it chills brain, blood and bone. -- The Times * The Times * A work of extraordinary quality and intensity. -- Independent *... View more

Robert Icke was artistic director of the Arden Theatre Company in Stockton on-Tees from 2003-7 and of the Swan Theatre Company in Cambridge from 2005-8, where he was awarded the Susie Gautier-Smith Prize for his contribution to theatre. As Associate Director of Headlong, his work for the company includes Boys by Ella Hickson, a national tour of Romeo and Juliet in 2012, and working with Rupert Goold to conceive and develop Decade in 2011. Other theatre includes: The Alchemist (Liverpool Playhouse) and Catalysta (Ovalhouse). Duncan Macmillan is an award-winning playwright and director. His play Lungs was produced in a rolling world premiere at the Studio Theatre, Washington DC (nominated as Outstanding New Play at the Helen Hayes Awards) and Paines Plough/Sheffield Theatres in the UK (winner of Best New Play at the Off West End Awards and nominated for Best New Play at the Theatre UK Awards). The play has had many productions in the US and internationally, with upcoming ones in Stockholm, Buenos Aires, Chicago, Toronto, Copenhagen, Palma, Sydney and at the Schaubuhne in Berlin, directed by Katie Mitchell.
Close