Library Browse TALKING TO MY COUNTR... 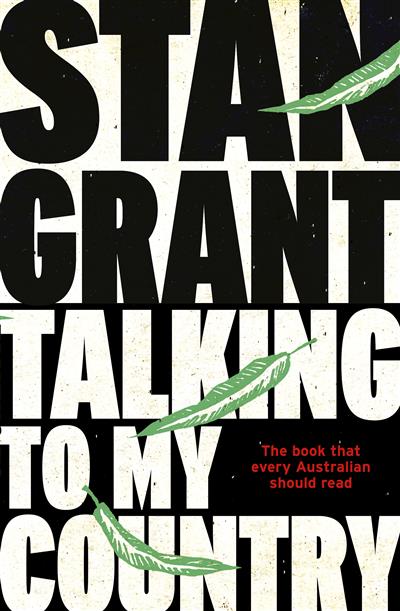 Talking To My Country

Loading...
The acclaimed national bestseller - moving, passionate, deeply felt and powerful. In July 2015, as the debate over Adam Goodes being booed at AFL games raged and got ever more View more
Save for later

Stan Grant is a Wiradjuri and Kamilaroi man. A journalist since 1987, he has worked for the ABC, SBS, the Seven Network and Sky News Australia. From 2001 to 2012 he worked for CNN as an anchor and senior correspondent in Asia and the Middle East. As a journalist, he has received a string of prestigious international and Australian awards. In 2015, he published his bestselling book Talking to My Country, which won the Walkley Book Award, and he also won a Walkley Award for his coverage of Indigenous affairs. In 2016 he was appointed to the Referendum Council on Indigenous recognition. Stan is now Professor of Global Affairs at Griffith University and International Affairs Analyst at ABC.
Close