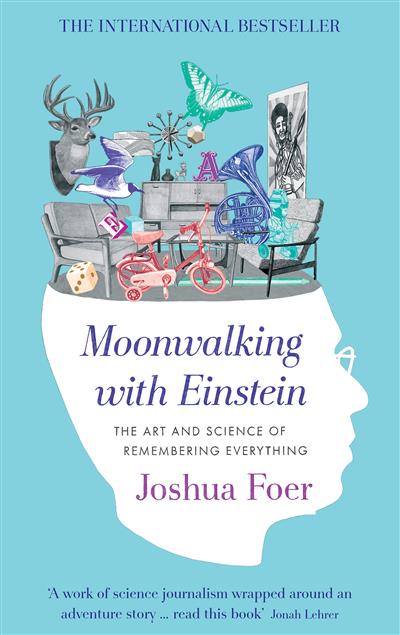 Moonwalking with Einstein: The Art and Science of Remembering Everything

Loading...
Can anyone get a perfect memory? The author used to be like most of us, forgetting phone numbers and mislaying keys. Then he learnt the art of memory training, and a year later View more
Save for later

In the most entertaining science book of the year, Foer describes how, though claiming to have an average memory, he became America's Memory Champion after just 12 months in training. The best way to... View more

Joshua Foer was born in 1982. He studied evolutionary biology at Yale University and is now a freelance science journalist., writing for the National Geographic and New York Times among others. Researching an article on the U.S. Memory Championships, Foer became intrigued by the potential of his own memory. After just one year of training and learning about the art and science of memory, he won the following year's Championship. Foer is the founder of the Athanasius Kircher Society, an organization dedicated to 'all things wondrous, curious and esoteric' and the Atlas Obscura, an online travel guide to the world's oddities. Moonwalking with Einstein is his first book.
Close